A short spell of 2 semesters studying Photo Civil Engineering at the University of Applied Sciences in Cologne and a six-assistant in a portrait studio intermitted his career as a photograph firstly. However, in 2000 the switch was again folded and laid by various developments of the foundation for the current style.
He has followed the major graduates of the Becher school (Art Acadamy Dusseldorf) and imbibed their work. However, in order to distance himself with his work, its architecture and landscape shots are implemented digitally elaborated with the NoBleach analog development method. This results in color reduction and intense contrasts.
He had first publications of his FineArt photographics in the Victor Magazine of the Hasselblad Company and a first exhibition 2012 in Cologne.

A further exhibition was in 2013 in Cologne with the theme Coney Island 2012. This is an excerpt from the text, that accompanying the release:
Jo’s first photographs of Coney Island in February set against an eerily winter grey sky evoke a time lost. The images speak of a past colorful and vibrant; through his lens, Jo hints at this past and invites the viewer to imagine how Coney Island was back then. The shops are there, the iconic wooden slats are there and Jo Fober’s photographs take you there to the heart and spirit, which typified Coney Island.

There was a group exhibition at the International Photo Scene during Photokina:
Charisma Paris, 09.13.2014 - 10.26.2014.
In this group exhibition of two different photographers, Paris is charismaticly new explored. Jo Fober focuses on the architecture and infrastructure of Paris, he tries to picture the intimate relationship between Paris and its people while Guido Mosler reflects in pictures, his view on Paris.

To complete the architectural portraits of Paris, Jo Fober created the portraits of the interior design of the Louvre. In this indescribable way the viewer can indulge individually to the ideas your imagination the pictures. The natural light in the pictures looks like an integral element of the architecture itself. Thus, the spaces for the viewer in the perspective with an incredible depth and it may seem to repeat itself incredible levels. By reducing the color, it creates a unique atmosphere looking at the pictures.
These unique, opulent designed with natural light photographs have been the first points of contact with the gallery Kaune Contemporary. Currently a work of louvre series was presented through the gallery at ART Cologne 2016, the oldest Art Fair in the world.

While Bernd and Hilla Becher dedicate their work to the frontal photograph of industrial plants, the Cologne-based photographer has documentated the buildings of Paris with the same precision, that such experiments seem to allow him an seemingly inventory. The systematic frontal and central view give the photographs a documentary dimension, based on typology. It is precisely this system and the concept of the index, which gives an artistic dimension the photographed works. Jo Fober offers us a new perspective of cultural sites. His photography is an expression of tranquility and silence in this chaotic society: a sense of perspective and equilibrium. This is therapy for the soul. The german photographer has become famous as a master of bringing a vibrant energy to extraordinary interior spaces. Truly having an architect’s eye for presenting interiors, Fober captures and receates the feeling of three-dimensionality that each grand space contains. Always shooting during the most oppertune conditions and making use of only available natural light that is an integral element of the architecture itself. He captures the overall soul oft he superbly designed atmospheres. 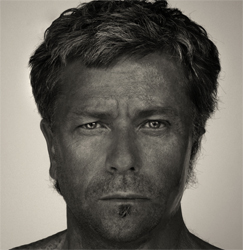